Design and development of software for an “Ethernet Sniffer” which reads TCP/IP packets and performs reconstruction and display of the original messages. The software was developed using GNU C++ and the Qt graphical interface toolbox on Linux.

Wrote the FELS System Test Procedure which details the test steps for testing the system in the Tornado avionics rigs. 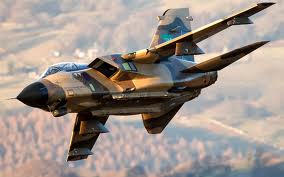 This aircraft contains a distributed network of embedded computers, connected together using MIL-STD-1553 buses. The task was to implement bus control software which monitored the buses for transmission errors and performed re-routing of data messages when errors were present. It could also pass control of the bus to a back-up bus controller. The structured design for this application was performed with a design tool called ProMod. The software was then implemented using Tektronics 68000 assembler, using a dedicated real-time operating system called HARTOS, on a VAX host computer. Also performed debugging in the Tornado test rig, using the Tektronics debugger.